Delaware, South Dakota and Utah: home is where the card is? 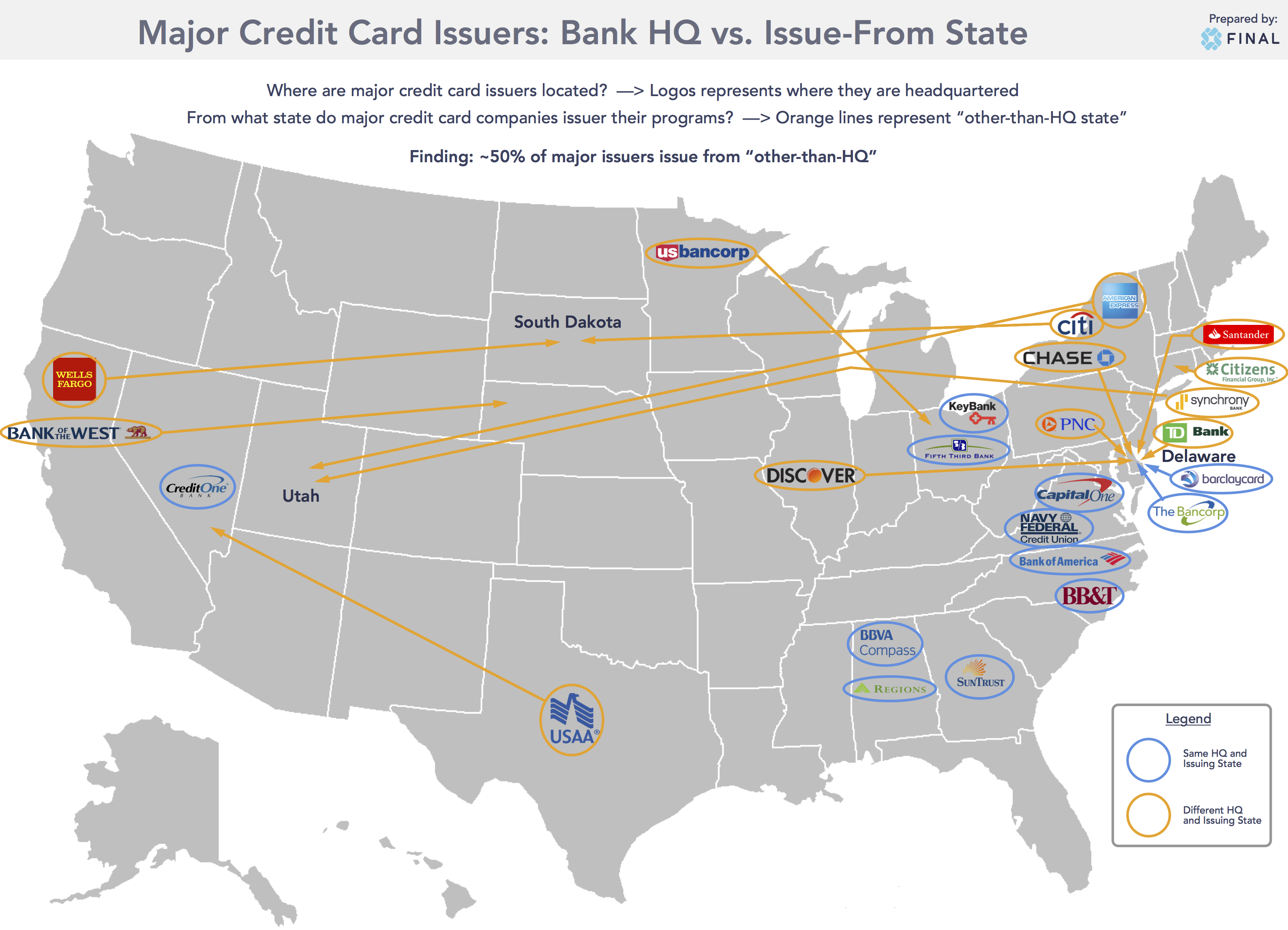 Ever noticed that your credit card issuer is located in one state, offers cards governed by another state’s laws, and both are different from the state in which you live?

It may be more common than you think!

In the earliest days of credit cards, issuers mostly offered cards from the state where they were headquartered. These cards were governed by the laws of that state, which often included strict interest rate caps and other onerous terms that made unsecured credit card lending - at times - a risky and unprofitable endeavor.

After losses got particularly bad - and issuers couldn’t raise interest rates to further keep up with inflation of the times - one New York-based bank decided to pursue an alternative strategy based on a little known, but then-recent card regulation ruling. That bank was Citibank, and it moved its operations to South Dakota. And like they say, the rest is history. There are now 20,000 jobs in financial services in Sioux Falls, South Dakota.1

Marquette National Bank of Minneapolis v. First of Omaha Service Corp. is the Supreme Court case that changed everything. It found that national banks could charge the highest interest rate allowed in the bank’s home state (in industry terms, the “chartered state”), regardless of where its headquarters are located or where its customer lives. For a good primer on the Marquette case, see the Wikipedia article here.

This means that credit card issuers based in states with less-restrictive card lending rules, like South Dakota, Delaware and Utah, could leverage that state’s favorable laws for customers across the country, even if the customer’s “home” state had more restrictive law in place.

South Dakota was the first of the post-Marquette states to formalize their card-favorable lending laws, partially in an effort to stimulate the local economy and job growth numbers by appealing to the card companies.

After this happened, many banks - including that New York-based issuer from above - quickly chose to (re)locate their charters and issuing operations in rate-favorable states.

The legacy of this decision can be felt today, as:

Roughly 50% of the largest credit card issuers2 issue cards from a state other than that of their headquarters. These primarily account for national issuers and super-regional banks. And, most of those are from just 3 states. 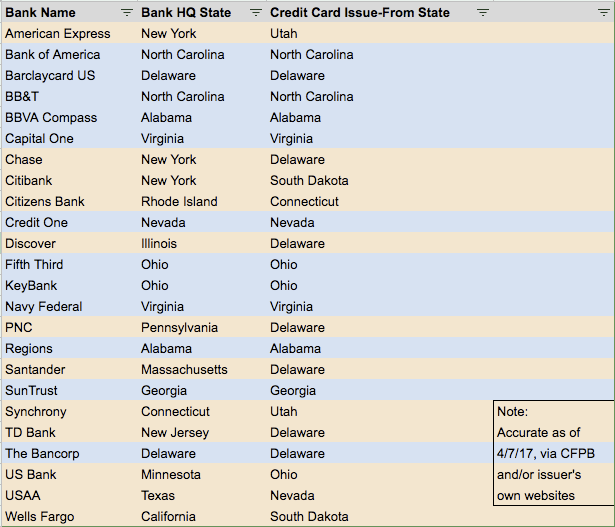